Men And Their Rides – What Do They Say About Them

Is Your Relationship Costing You Too Much 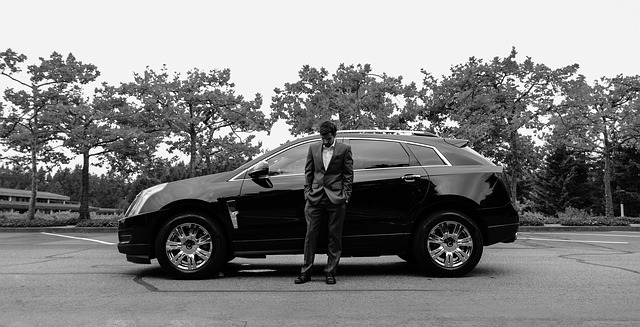 A few months ago a nationwide survey came out that said nearly one third of single ladies are attracted to guys that drive trucks, especially Black trucks (a whopping 53 percent). Another 27 percent was into dudes that drive sports cars. And what do men like to see ladies in? Hot little red sports cars.

It seems ladies think for the most part that a man that drives a big black piece of machinery is viewed as strong and able to handle himself as well as his lady.

Here are some other tidbits about men and their cars that pose the question: does your car reflect who you are?

• He’s practical and thinking of having a family one day if he drives a plain ol’ sedan gray or blue in color, say the experts. He probably has a savings account and is not into having the latest tech toys. The other side of the coin could be that it’s his momma’s car because cuz still lives at home with her!

• He’s either rich or immature or both if he drives a bright red or yellow relatively new sports car. He looks cool in it and so do you, but if he’s named the car and talks about it like it has feelings, it’s not so cool. On the other hand, you may have landed a winner who has cash to flash and can take you on a nice ride.

• He might be a winner if he drives an older sports car that has been rebuilt and well cared for. He takes pride in w0rking on things, he’s mechanically inclined and he doesn’t need the latest playthings to prove he’s a man. At the same time, it may mean he gets attached to things and is clingy. But a guy who spends time working on his car is unlikely to spend time working on other girls.

• He’s compensating for a weakness or “short on something” elsewhere if he drives a really expensive (likely) foreign car such as a Ferrari, Lamborghini, etc. They claim they only date super models and are the best at everything, but like we said, they are probably compensating for something else with this big bad car, such as being fugly, uh, having small parts or just plain no personality.

• If he drives a pretty current BMW or Mercedes, he understands the value of perception. He values perfection and that will spill over into his personal life. He could be a good catch but don’t think for one minute that you can eat hamburgers in his car!

• If he drives an SUV, watch for three possibilities: it’s his wife’s and she lets him play with it instead of the boring Camry now and then. Or it’s his manly toy and he will be gone on a lot of weekends hiking, fishing and climbing rocks with his friends. And third, he could be a keeper – he’s practical and a little bit adventurous at the same time. Check the rear area – kids toys and a makeup bag = his wife’s. Hiking boots, fishing gear, etc. – he’s the weekend warrior who likes to play in the dirt.

A man’s car says a lot about him. Try to fall in love with him, though, as cars do eventually break down.

Tags/keywords – men and their cars, what his car says about him

Sometimes a man’s car can say more about him that the actual date.