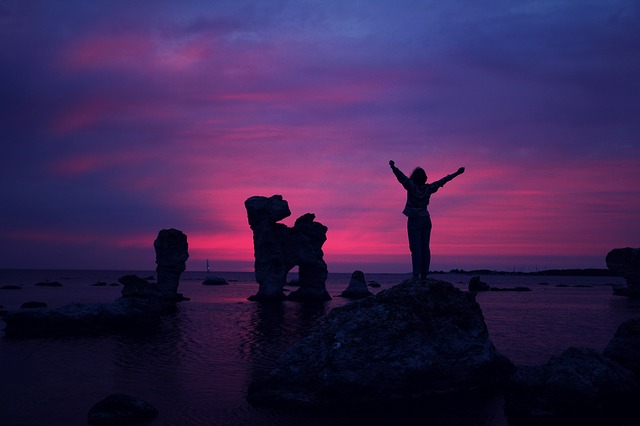 Each moment can change the rest of your life and the course of your direction. If you are not intentional with your actions, you will plan to fail. Successful people operate from the beat of their own drum, but they are intentional. Successful people don’t become successful by accident—it’s sheer, practical application. You have to do at least one thing toward your goal every single day. You have to dedicate yourself every day to doing what you love. Don’t just talk about it. Talk is cheap. You may have no concept where you want to be other than theory, and that’s okay. You are guaranteed to get closer to your dreams if you just walk forward and begin to question.

Let’s return to this concept of “work” once more. “Work” is doing what’s necessary to get to where you want to be. Doing what’s necessary and what needs to be done. Work hard so you can play hard. When you keep trying to do something and it just doesn’t fit—problem after problem—then you’re doing something wrong. You can’t do anything unless you put “work” into it, but working in the wrong direction will always leave you unsatisfied and unfulfilled. You are likely to be broke financially and spiritually when you’ve traveled thousands of miles in the wrong direction.

Be sensitive to recognizing the resistance when things are not falling into place over and over again. They are the signaling you to go back to the drawing board and ask yourself, what am I doing? Some people try to fit a round peg into a square hole. When you are walking the true path, things come together and you notice a difference. You will still have classic bad days (I like to say those are the days you get paid for!), but they don’t hold you back in the long run. Those days may feel like stumbling blocks in your drive, but you’re still headed in the right direction.

Albert Einstein once said that “Your imagination is your preview of life’s coming attraction.” I believe he’s right. That phrase encapsulates so much of how I live each day. Remember, when you think positively about your future, leaving the past behind, you can attract it toward you. It’s about your imagination and no one else’s. I challenge you to take what I’ve already given you thus far and start to imagine your future. Imagine your own coming attraction, and I bet a few planning ideas will gradually arise.

~What would you attempt to do if you knew you could not fail?~

Success-oriented peopled give only after great struggle and painful deliberation. And when they decide to depart from the path they are traveling, they throw nothing away. Rather, they gather up all they have learned from the experience and build it into the next set of future plans.