ATTACH ACTION TO YOUR MISSION AND PLANS

DISSATISFACTION SHOULD BRING ABOUT A CHANGE

SET OFF FOR SUCCESS 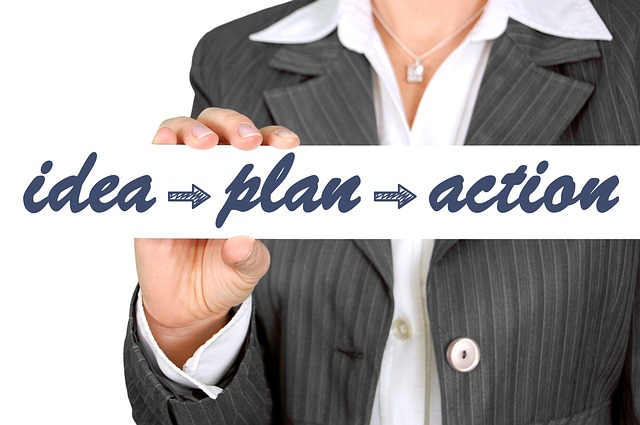 Missions and plans are only the beginning. A recipe for chicken pot pie will just sit there unless you get cooking. Ingredients alone won’t change your life. You need a chef. They require action. Your debts won’t shift from the bad side to the good until you attach a mission and a goal to them, and then get cooking. The same is true of success. You can’t achieve it until you attach a mission and goal, and then put it in the oven! This is the bigger picture I’m talking about.

One of the first set of “ingredients” I ever had was a mission to be a talk show host. But here was the problem: I had no idea how to put the recipe together because I knew nothing about being a talk show host or even landing a gig. At the time I was 15 years old living in Las Vegas with an idea for a radio program geared at other teenagers. So I grabbed the Yellow Pages and called radio stations asking questions. Eventually I learned that I had to speak to a “Program Director.” Those were the guys who would listen to my pitch, which was: “Teenscope: The 911 and 411 reality teen talk show.” Long story short, I was rejected across the board. Across Las Vegas. I even went off (after someone recommended it) and produced a pilot to demonstrate a test sampling of what my intended show would be like, hoping that would land me a deal somewhere. But it didn’t. No one wanted to take my show.

While some people might give up at this juncture, feeling like a loser, I thought “I’m meeting with the wrong person.” My contacts were coming up with every reason under the sun to say no to me, so I believed I was having the wrong conversation. It wasn’t about me or my show. It was about them. That’s when I decided to buy my own time and produce my own show—another subject area about which I knew absolutely nothing. So I plunged myself completely into “doing the knowledge,” learning how to make that happen. I spoke with sales directors and also went after advertisers; I wanted my show to be so good that somebody would buy it. (Note right here that I wasn’t throwing credit cards to producers to pay for my show. I still didn’t have them! I was forced to get crafty with the big picture in mind.) I wrote up my own media kit, sought sponsors, joined the city’s Chamber of Commerce (which I later became a Board member), started networking, and introduced myself to as many people as I could that would propel me forward. This wasn’t a 48-hour effort. This took months, close to a year. But it was what I wanted and it was part of my mission. The process was thrilling. I felt a purpose. And I was confident that my ship would come in eventually.

Bingo. The car company Saturn surfaced and offered to sponsor my show completely if I broadcasted live from various Saturn dealerships in the Vegas area. The company wanted to get parents to buy Saturns for their teenaged children. It was a mutually beneficial relationship, and it as a magical moment for me. The Teenscope “Youth AM/FM” interactive teen talk show was born. From there, I went on to do bigger things in radio and beyond. What if I hadn’t been persistent and determined at the start? What if I had given up? I may not have arrived at a place where I have the privilege to provide value and service to others today.

By now you know I hate the saying about being at the right place at the right time. You have to be everywhere all the time letting people know that you exist. It’s about doing, not talking or thinking. This is exactly why I insist on moving beyond conversation to accomplishment. You have to do the thinking, but then the doing. The doing will get you out of bad debt. The doing will bring you opportunities for good debt, which will then pay you multiple times over.

The doing will make you a success again and again.