8 Ways To Make A Man Fall For You

Get Over It! 8 Ways To Recover From A Break-Up 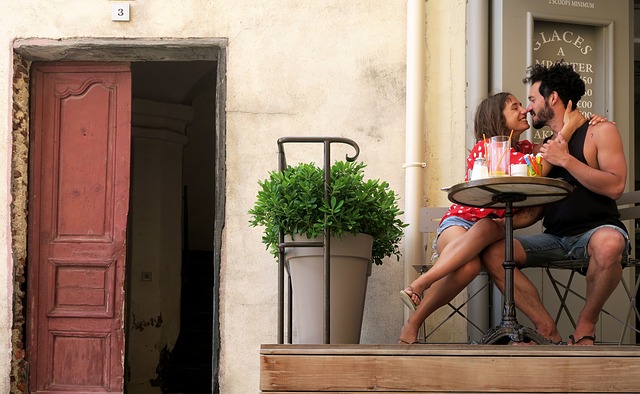 It’s one thing to know how to get a guy’s attention and get him to take you out, but it’s another ballgame altogether to get him to fall for you.

The first thing is to stop listening to your girls, especially the ones who aren’t married themselves. And it’s not that you have to change into a whimpering “I need a man” chick. You do need to stop and smell the medicinal marijuana and understand a bit how guys work.

Here are some tips on how to make a man fall in love with you.

1. Make sure your package looks good. Dress well. That doesn’t mean that you have to let everything hang out. On the contrary, dress attractively and in style. Men are two things for sure: visual and competitive. If he sees other guys looking to check you out, you get like 747 bonus points.

2. Smile a lot and be warm. Ratchet chicks can stay home on this one for sure. If you are serious about nailing your man, drop that big smile on him, push your hair behind your ears when responding to a question, laugh at his jokes (funny or not) and use your eyes to express affection. You know who was a master at using her eyes to melt a man and to this says still has millions of admirers? Marilyn Monroe.

3. Don’t be rude. Don’t treat other people with disrespect, such as the waitress or any other service people you encounter.

4. Listen to him. Connect on a level other than physical or flirty. Have a conversation about his career or something intriguing that’s going on in the world that shows you have some level of intelligence.

5. Touch him in a lingering way. When you answer a question, reach over and lightly touch his arm or lean in to talk softly into his ear with your hand gently placed on his shoulder. Physically flirt with him without exposing the goods.

6. Don’t always be so eager to be with him. Yep, you’ve heard it before – men are hunters. And if you can tackled, ropes and hog-tied in one fell swoop, you will not hold his interest.

7.  Show off a little when the opportunity comes up. Maybe you can sing, so blow him away at a karaoke bar. Perhaps you are great at trivia, so impress him while you two are playing as a pair at a bar so that you as a couple win the competition. You have something that you are really good at, and one day you need to surprise him with your talent… and watch him admire you with big soft falling-in-love eyes.

8. Don’t let him know that you are into him line, sinker and hook. Keep him guessing a little bit. Don’t play games. Just hold back enough to be a little mysterious. He’s going to like a bit of a chase –it’s his nature.

Men don’t fall as fast as women do in general, so be a little patient, be warm and be you. You want him to want you, not what you think he wants.