Success Has You Written All Over It 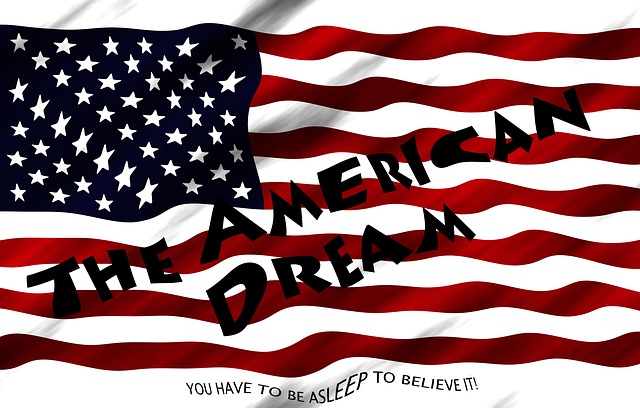 The Rev. Dr. Martin Luther King, Jr., was 36 years old when he preached “The American Dream” sermon as Co-Pastor of Ebenezer Baptist Church on Sunday, July 4, 1965.

“You can get so busy in life that you forget holidays and other days, and it had slipped my mind altogether that today was the Fourth of July. And I said to him, “It is coincidental and quite significant, and I think when I get to Atlanta and go to my pulpit, I will try to preach a sermon in the spirit of the founding fathers of our nation and in the spirit of the Declaration of Independence.” And so this morning I would like to use as a subject from which to preach: “The American Dream.” (Yes, sir)”

In CONGRESS, on July 4, 1776, the Declaration of Independence proclaims that “We hold these truths to be self-evident, that all men are created equal, that they are endowed by their Creator with certain unalienable Rights, that among these are Life, Liberty and the pursuit of Happiness.”

On Wednesday, July 4, 2007 how many of our family, friends, neighbors are grand and great-grand parents are experiencing “The American Dream”? Good question.

“There is nothing new about poverty. What is new is that we now have the techniques and the resources to get rid of poverty. The real question is whether we have the will.”

Edwards, as Director of the Center on Poverty, Work and Opportunity at the University of North Carolina at Chapel Hill, developed a series of ideas and theories about how the nation should actively pursue ending poverty by 2036.

In September 2004, the AARP Public Policy Institute Policy and Research released a report on African Americans Age 65 and Older. Incidentally, which represents our community’s grand parents and great-grand parents born before 1942 and their economic security of those 65 and older has improved over the last 30-plus years.  Poverty rates for this age group fell from 28.5 percent in 1966 to 10.4 percent in 2002.

Post-Katrina images were swept from up under America’s political rug with high-profile media reports of inequalities. The causes and consequences of poverty glaring tell two stories of responsibility to secure our own economic empowerment.

The government where required and our own where necessary.

It is time to Sink Or Swim moving forward to turn the tide of poverty when history has validated that we have the imagination, vision, intellect, innovation, perseverance and action of great kings and queens; our mothers and fathers of science, medicine and inventors blood coursing through our veins.

Despite all the pictures of Katrina, we have success stories in black America that are glaring examples of what is possible “Only in America.”

Our mission is to build and launch the next generation of the economy’s solutions to positively contribute to the economic, political and social fabric of our communities, city and state and ultimately improve the lives of the entire nation today.

Sing a song full of the faith that the dark past has taught us,

Sing a song full of the hope that the present has brought us;

Facing the rising sun of our new day begun,

Let us march on ’til victory is won.