DISSATISFACTION SHOULD BRING ABOUT A CHANGE

ATTACH ACTION TO YOUR MISSION AND PLANS 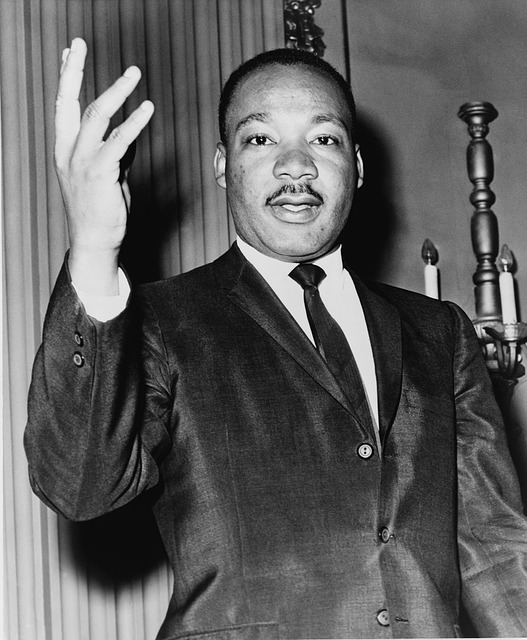 On April 4, 1968, Dr. Martin Luther King was a Baptist minister, Nobel Peace Prize winner and pivotal civil rights hero, husband, father and friend who was assassinated at the Lorraine Motel in Memphis, Tennessee.

Reflecting on the 40th anniversary of the tragic assassination of Dr. Martin Luther King, Jr., the question to ask is whether or not his legacy is still alive and in living color with a person who has a permanent suntan being the Democratic front-runner for the Presidency of the United States of America.

As we reminiscence about the martyred Dr. King’s historic ‘I Have a Dream’ speech it should be a timely and divine reminder of his ultimate sacrifice for freedom and justice.

Digging deeper into the “I Have a Dream’ speech Dr. King focused two-thirds of his speech on the ‘gaps’ of individual, structural, and institutional disparities in quality job opportunities, quality health care, quality education, non-predatory lending, affordable housing and overall economic stability.

After 400 plus years of slavery and 40 years year after Dr. King’s death the evidence on many fronts is limited that African-Americans/Blacks have truly made it to the promise land.

To our collective dismay, Dr. King’s dream is still largely unfinished and unfulfilled.

Studying the deeper message of two of Harriet Tubman’s (known as Black Moses) quotes, “Every great dream begins with a dreamer. Always remember, you have within you the strength, the patience, and the passion to reach for the stars to change the world.”  And “I freed a thousand slaves I could have freed a thousand more if only they knew they were slaves.”

Recognizing the reality of our current station in real life terms should enable one to make a conscience decision to break free from the shackles of unfavorable circumstances that limit one’s possibilities.

Each one of us can exercise the power of personal empowerment being mentally emancipated to embrace the freedom to determine one’s own destiny.

One such choice is becoming self-employed as a way of life which may be radically different from anything you’ve ever done before. To be successful at it you will have to make a real turn-about in how you both think and act.  A small part-time business will allow you to gradually make the transition, but if you go full blast into a business of your own you will be quickly pressed to make sweeping changes in how you do things.

The struggle to find a new direction in search of ourselves is long and hard. Coming to know ourselves and stepping out on our own-putting ourselves “on the line”, so to speak-requires tremendous amounts of inner strength.

Working for yourself is considerably more demanding than working for someone else. You are accountable for every decision made. In a small business you have to be prepared to do it all, because having a broad base of knowledge across a wide range of skill areas is crucial.

As you start on your journey toward self-employment, keep the following fundamentals in mind:

-Interest in others and valuing the human relations side of business is essential to entrepreneurial success.

-Initiative is the driving force behind the passion and fire behind your startup success.

-Resourcefulness taps the creative powers of the business person’s mind, leading to the achievement of personal and business goals.

-High energy is critical in sustaining both the interest (passion) and effort (fire) needed to promote your new enterprise.

-Perseverance, particularly through difficult am demanding times, is what determines whether the enterprise will survive.

-Determination is the “willing” that keeps a business going on the right track.

-Foresight enables adjustments so that a business keeps pace with changing markets and changing times to know when the fill the gap, to create something new.

-Profit orientation motivates a person to venture forth on his or her own and endure the struggle that comes with the territory of business ownership “no pain, no gain.”